Cloud gaming and its influence on brands and consumers

You don’t need to be a gamer to know that the next generation of gaming is all about streaming. Take, for example, Vortex, GeForce NOW, Amazon Luna, Shadow and Google Stadia – to name just a few of the popular cloud gaming services available today.

Cloud gaming is the new, never-before-seen wave of tech that will redefine the way we consume gaming and entertainment.

What are Cloud Gaming Services?

Cloud computing is different from cloud gaming services. Cloud computing includes storing data remotely from one system to another through web-based interfaces while cloud gaming, like Stadia, is essentially playing video games without downloading them onto your device.

Think Netflix, but for gaming

Cloud gaming is an online streaming service that allows you to play games in the best possible quality without having any hardware installed locally. It’s a way of gaming that utilizes the power of remote servers to stream games over the internet. Meaning, you can play those games on the go on any chrome browser on your PC or your phone.

As more people are using mobile phones, it’s important that they don’t have to lug around the heavy consoles if they want to play on the go – cloud gaming services solve this problem by reducing how much physical space these things take up when moving from place-to-place.

One major problem with cloud gaming services is the high level of consistency required in internet connection, but tech giants such as Amazon Luna and Google Stadia have made it possible to stream high-quality with low latency.

It’s high quality because it is delivered at resolutions of 1080p and 60fps. It also has a low latency, which means that players are able to experience a virtually lag-free playing environment with no perceptible delay from input to output on the screen.

Pros and Cons of Cloud Gaming

Cloud gaming is actually not new. In fact, it has been around for a while in the form of video game streaming services such as Twitch and YouTube Gaming. But now that Google’s Project Stadia offers gamers access to online games without owning expensive consoles or PCs, you might want to brush up on these pros and cons before jumping into the cloud gaming world.

Pro #2: Cloud computing can help make gaming more accessible to gamers who don’t have the resources or are unable to purchase expensive hardware, like consoles and PCs.

Pro #3: Cloud-based game streaming services can reduce CPU usage for a PC which may be useful if you need your computer only for other tasks but still want to play games on it occasionally.

Con #1: The success of cloud gaming largely relies on internet connectivity; without an uninterrupted connection, latency will increase dramatically and affect gameplay quality.

Con #2: In order to enjoy any benefits from low-latency connections with cloud servers, two players must connect through the same cloud server, which makes playing against someone locally impossible unless they too use cloud technology.

Con #3: Streaming games can be less reliable than playing them locally because of the higher latency and reduced responsiveness.

Streaming services like Stadia also require an uninterrupted internet connection. If your service provider doesn’t have coverage where you live, there will always be occasional interruptions which could lead to something called buffering – this means that images won’t go through fast enough, causing some lag time.

Cloud technology has a lot of benefits but is still not perfect in its current state. It’s good for intermittent gamers or those who want to play on multiple computers; it may not work well if you’re serious about gaming.

How is Cloud Gaming Changing Consumers?

Cloud gaming is changing the way people consume games, and with it, brands. Players can play a game without downloading anything on their computer or mobile device; they just need to have an internet connection of some kind.

This has changed the game design because players will be able to access these new virtual worlds in places even where there’s no stable internet service.

Cloud gaming is a growing trend in the mobile phone market because it permits gamers to access their games without downloading anything onto their computers or phones. With this, brands can grow by being able to offer players new game experiences that they would not be able to enjoy otherwise.

A company such as Google’s Stadia might have started out with its own unique content, but now has grown into an entire ecosystem of gaming, through different devices and services. This will only increase revenue opportunities for other developers who are creating these virtual worlds, which users can access across multiple screens, since all they need is an internet connection – even if there isn’t a stable service available at the time.

However, it also puts pressure on developers who are trying to create immersive experiences that work seamlessly across different devices, such as mobile phones.

Mobile app developers can make more money from cloud gaming because they pay the provider a lot less than what they would have to charge for their game on mobile app stores.

Mobile game developers are already looking for ways to take advantage of these changes as devices with access to the latest internet speed and data rates become increasingly prevalent around the world. With such widespread use potential among so many different types of people across cultures all over the planet, there’s no telling how quickly we will see new innovations in mobile games.

Stadia is opening up a plethora of opportunities for brands to find new ways of reaching consumers. The potential reach and flexibility that cloud gaming service provides will allow marketers to explore what it means to be creative in today’s digital world.

Brands can now use Stadia as a marketing tool, giving them an opportunity to promote their products and services through various advertising campaigns, such as sponsorship, product placements or product demos.

This allows companies to advertise during live streaming events on Stadia while providing viewers with promotional material or even something more interactive like sending out prizes from within games.

Moving forward, expect increased competition between video game developers – they’ll need to stay innovative while maintaining their budgets, which means, gamification strategies such as social media contests where players could win prizes might become a trend.

In the end, brands will need to consider how they can utilize cloud gaming services like Stadia for their marketing campaigns and promotions in order to stay relevant within this ever-growing industry.

How does Streaming Technology Benefit Businesses?

You can’t always be there, but your customers no longer need to miss out.

From managing remote employees and tending to global supply chains to serving digital-only customers in the new economy, we are increasingly conducting business where we aren’t.

Streaming services, like Stadia, are testaments to how brands can grow by making it easier for consumers to get what they want – when they want it, how they want it, on any screen. It’s a way of engaging with audiences around the world without leaving your living room or office.

Cloud gaming services have the potential to resolve a myriad of tech issues, for example, by offloading many computational tasks from expensive PCs and powerful game consoles in order to reduce upfront costs for both hardware and software.

What does this mean for companies? For starters, we predict that more brands will want to get involved with these new technologies – gamification – so they can reach customers who have never interacted with them before.

One clear example is how the education sector can benefit from having a cloud streaming system to provide a single platform where large volumes of data such as high-quality educational videos can be stored and retrieved while still protecting copyrights, giving both students and teachers the opportunity to learn from each other without the need for high technology PCs or laptops.

We see this as a huge benefit for brands because it provides them with an easy way to attract customers who don’t want or need their physical product – they just want entertainment on demand.

In conclusion, streaming services such as Stadia are game-changers – an evolutionary step in video content. Brands can grow exponentially by using this service to release their products on the newest form of technology without having to worry about compatibility with old hardware or other limitations that come with owning tangible goods.

Imagine if this kind of technology will be applied not just in gaming and video streaming, but in all other forms of data and software people use in their personal and work life.

Acquisition International, through its annual Awards, continues to recognise and celebrate all the extraordinary women who shatter glass ceilings and shine at the forefront of successful businesses. Dinali David, Managing 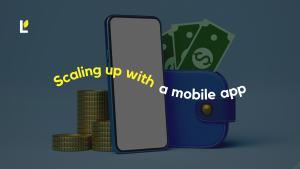 7 Reasons Why Your Business Needs a Mobile App

As mobile devices continue to increase in popularity, so does the demand for mobile apps. Mobile apps have changed how people use technology, making it 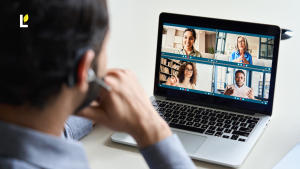 There’s no getting away from it – virtual teams have become part and parcel of conducting business and will remain the way forward.  Businesses have 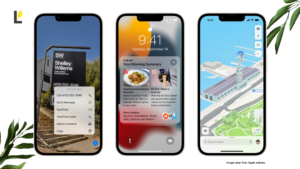 Apple just released its latest iOS version with a variety of features that are sure to make iPhone users leap for joy.  Considering the large

We deliver incredible apps and websites that are so refreshingly priced, they’ll make you go “ahhh!”

Be it an android, iOS, web, multi-platform, hybrid, or native app; be it a basic website or a premium one; be it a Learning Management System (LMS) or E-Commerce platform, we’ve got you covered!

Your Application is safe with us!
We'll get back to you as soon as possible.